It is recommended that it is assured that only exactly one guard evaluates to true at any time to avoid random behavior of the state machine!

A choice belongs to a region.

A choice is shown as a diamond shaped symbol. 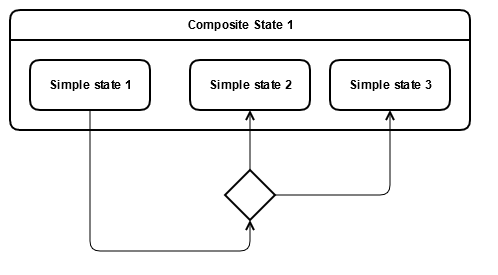