A join is an element of a state machine. It is processed when it is reached by transitions that have the join as target and all the incoming transitions are enabled.

A join belongs to a region.

A join is shown as a short bold bar. 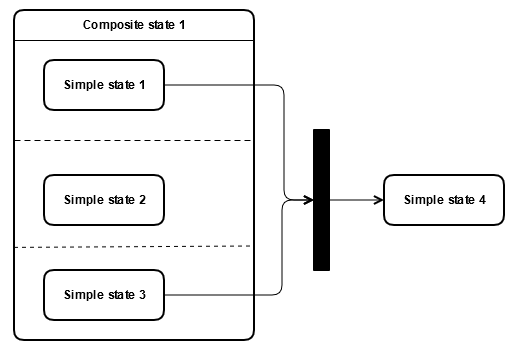 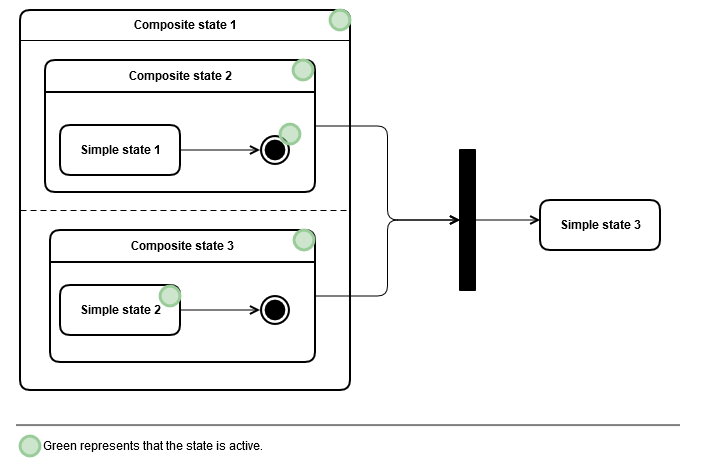 There is no interpretation of and deviation from the UML specification for a state machine's join.